If there’s one thing that history has taught us, it’s that a new secular bull market won’t always begin without backtracking into bear-market territory.

If you look back 30 years ago, you can see how the roaring bull of the 1980s and 1990s was born. Most investors cite 1983 as the year the market finally broke free of the sideways range that trapped it for nearly two decades. But in reality, the initial breakout happened much earlier.

However, the 1980-82 breakout above the bear market highs was short lived. My friend Jonathan Krinsky notes that the broad market corrected one final time back into its bear market range before finally breaking free for good—but only after posting one final low in 1982… 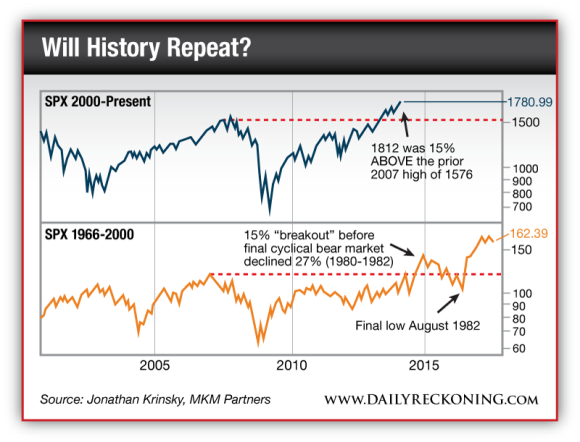 While not identical, the similarities between the current market action and the chart from the 1970s and early ’80s is striking. That high of 1,812 the S&P recently printed was 15% above the 1,576 bear market high of 2007. As you can plainly see on the chart, this is exactly how the final stages of the bear market played out in the early 1980s.

Of course, the market doesn’t have to follow this script. Sure, history tends to rhyme. But we’ll rarely see the exact same market action twice. I still see this market popping higher in the early winter before even thinking about anything resembling corrective action…

For now, stick with your bull market mindset. If we do start to see the market falter, we have a decent roadmap to help along the way.

Ed. Note: The market never moves in a straight line. That much is true. So it helps to have someone on your side, sifting through the data to make better sense of where things are headed. Greg Guenthner does that every single trading day for his Rude Awakening readers. And in addition to his quick and dirty rundown of the day’s market moves, every morning he also provides readers with 5 numbers to watch, trending market themes and no less than 3 specific chances to learn how to profit. If you’re not getting the Rude Awakening sent straight to your inbox, you’re not getting the full story. Sign up for FREE, right here. 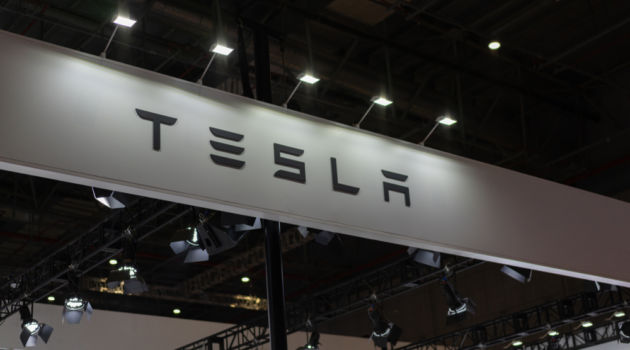 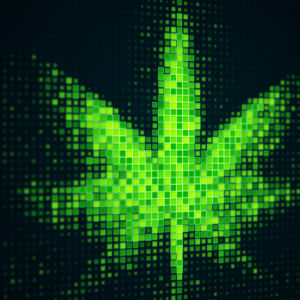 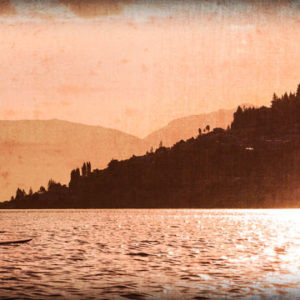 Paddle Yourself to Destruction?

Stephen passes on a recent column by renowned orthopedic surgeon, Dr. Kevin Stone, on the injuries rising from this leisurely activity, and what you can do to prevent havoc on your body. 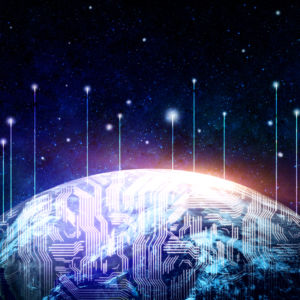 Today, Greg Guenthner breaks down the biggest tech stories of the week and shows you what to make of all the recent noise in the tech world. 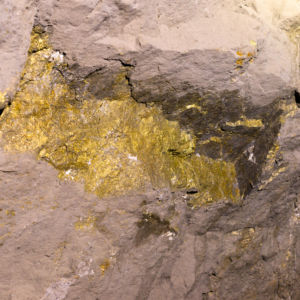 Imagine what it felt like to strike it rich out West during the Gold Rush. I want to help you capture this exact feeling with a way to potentially 10x your gold profits today. 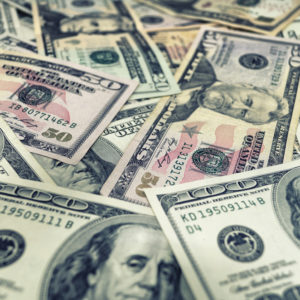 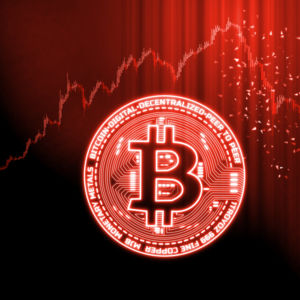