Naturally, the financial media gobbled up the carnage. They say newfound uncertainty surrounding the president’s policies is causing the drop. After weeks of calm, a little downside action has the investing class in a tizzy. Volatility is spiking! Stocks around the world are sinking!

A streak like this one makes a great headline. But there’s more to it than the media are telling…

“While the Dow is down for seven straight days, you’d be excused for not realizing it given that the total decline during this period is less than 1.7%!” Bespoke Investment Group noted yesterday. “In fact, of the 93 Dow losing streaks of seven or more trading days, the current one is only the sixth where the Dow is down less than 2%, and it ranks as the third mildest seven-day losing streak on record.”

A 1.7% loss spread out over a week and a half of trading isn’t the end of the world. Heck, even the most emotional investor should realize stocks can’t shoot straight up forever. The market has delivered this friendly reminder to investors via some downside action. They’ll survive.

Meanwhile, there’s a much more important development happening in another corner of the markets…

The Dollar Index just fell to a four-month low.

Right now, the dollar looks ripe for an even bigger breakdown. After this month’s drop, the buck is now in danger of giving back every tick of its post-election rally. 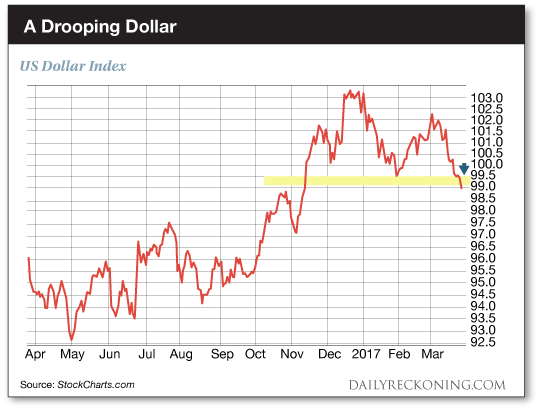 “The dollar, sometimes a bellwether for U.S. economic confidence, has slumped almost 2 percent in March and is close to erasing a more than 6 percent rally since Trump’s election in November,” Bloomberg notes. “The Bloomberg Dollar Spot Index, a gauge of the American currency against a basket of global peers, is down 4.9 percent since peaking at a record Jan. 3.”

Of course, there’s a flipside to the dollar’s sudden drop…

As the dollar rally loses steam, gold looks stronger than ever. The Midas metal nearly flunked out to finish off 2016. But the new year helped turn things around in the precious metals world. Thanks to its improved performance to begin the year, gold is well on its way to making the dean’s list in 2017.

We’ve stayed right on top of gold’s comeback since the start of the year.

Over the winter, we noted gold’s advance for the first six weeks of 2017 perfectly mirrored the action we witnessed during the first six weeks of 2016. Gold had posted gains of 6% through the first week of February for the second year in a row. In both cases, gold bounced off a late December bottom. And in both cases, the gold rally dipped in late January—only to rocket to new highs at the start of February.

Now we’re watching gold rekindle its rally as we approach the end of the trading month. Precious metals are streaking higher as the dollar drops, rising back toward their year-to-date highs.

Even factoring in the sharp drop posted earlier this month, gold continues to outperform the Dow so far in 2017. Take a look for yourself: 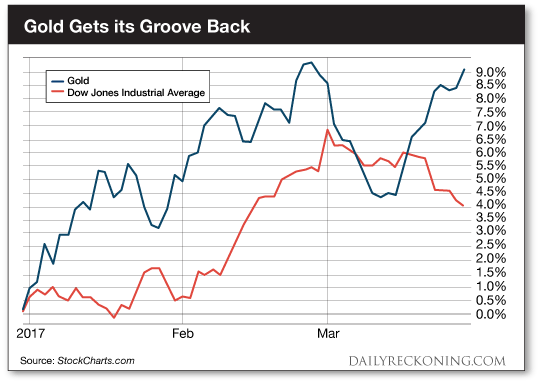 While most traders fret over the Dow’s drop this week, don’t forget to check out gold’s renewed momentum. If history is any indication, this rally has plenty of room to run. 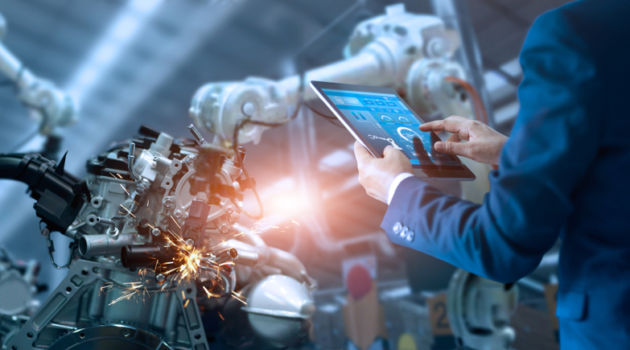 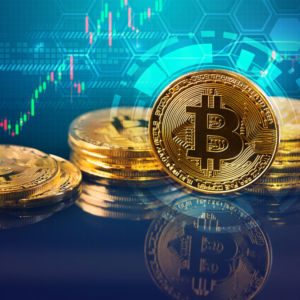 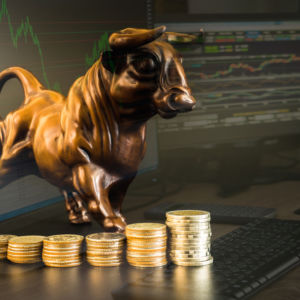 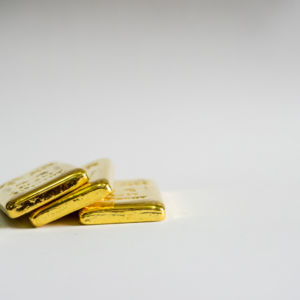 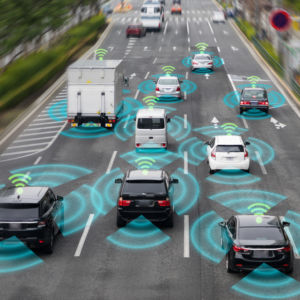