The semiconductor sector is on the rise again.

You know the sector favorites like Nvidia and Advanced Micro Devices.

Micron is an American chipmaker based in Boise, Idaho. The company produces many forms of semiconductor devices, including dynamic random-access memory, flash memory, and solid-state drives.

Micron has stayed off most folks radar the past year.

Incredibly however, Micron shares are up 131% year-over-year, as reported by Investor’s Business Daily. And they did this without creating the slightest media buzz.

Until now at least.

As it turns out, Micron is one of the companies leading the way for the recent resurgence in semis. 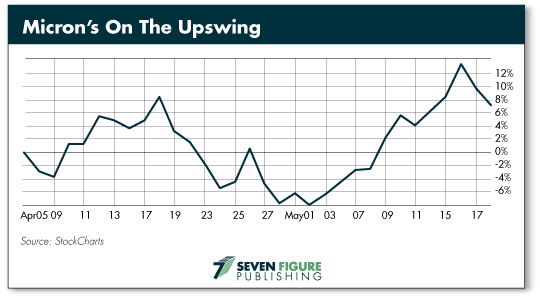 The company’s run is due to two specific factors.

For one thing the entire sector is on the upswing, buoyed by continued high demand for semiconductors in general. 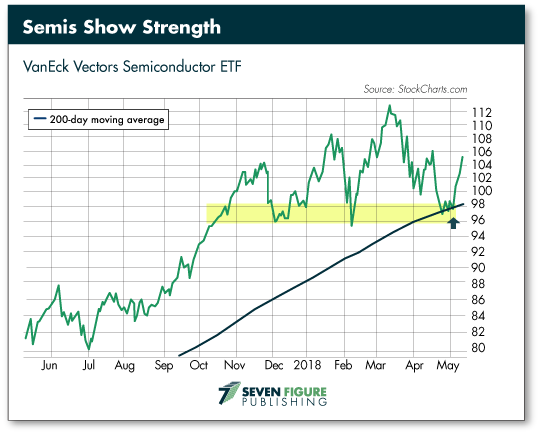 In the wake of the sector’s rise, Micron adjusted its next quarter’s guidance significantly.

And according to many experts, Micron’s run is sustainable.

“Our bullish bias on Micron is predicated not on there being no more cycle but rather on our belief that the cycle(s) going forward will be more muted and less volatile,” offering “a unique way for investors to gain exposure to DRAM and NAND markets at what we view as attractive valuations.”

And given the need for advanced chips and memory systems we’re seeing across the board in tech, we would agree with this assessment.

The second factor bolstering Micron shares is the easing trade tensions between the U.S. and China.

Asia, and China specifically, are major markets for U.S. chipmakers. The news is a huge lift for the sector, and has helped power Micron’s big gains today.

Yes, there are questions on whether trade tensions will remain subdued moving forward.

But if they do, we can expect this to help power more gains for Micron.

And if trade tensions rise again, the boom created by an ever increasing demand for chips should allow Micron to offset the impact.

As of today the Micron stock is trading above its 50-day moving average, and currently trading a shade below its 365-day high of $60.58. Both positive signs for shares.

If you’re looking for exposure to the rising tide in semis, Micron is worth taking a look at.

Keep in mind this is not an official recommendation. Be sure to do your own research before making any moves. And never bet more money than you might be willing to lose. 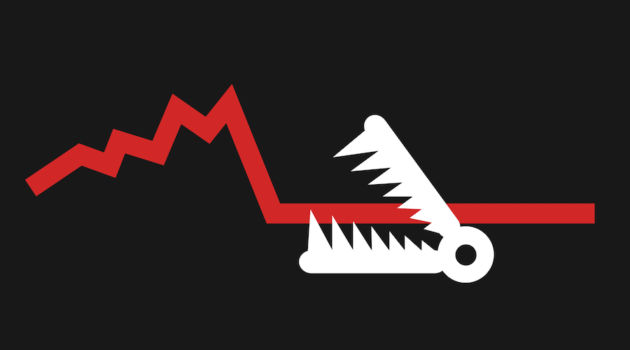 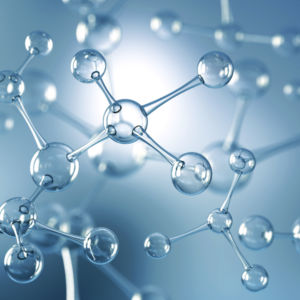 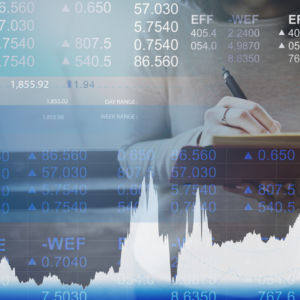 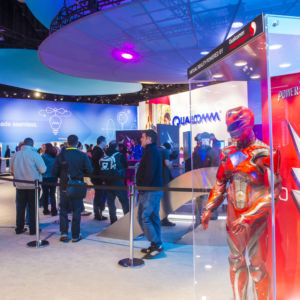 In biotech, you don’t always have to be the first to market. Many times, the biggest fortunes are made by coming second — or even third — if your product is the best. It’s with these companies where your real profit opportunities lie.