No time for a relief rally — stocks are tumbling again.

The major averages are set to extend their losses today as stocks across the globe build on Tuesday’s drop. Asian and European indices are already racking up big losses today, with the Stoxx Europe 600 Index posting its worst week since October, Bloomberg notes, breaking support to hit its lowest level in two years.

Bears are growling stateside as well, with the Dow set to shed more than 400 points at the open.

The big news spooking stocks today is the arrest and pending extradition of Wanzhou Meng, chief financial officer of Chinese tech giant Huawei, who was nabbed in Canada and accused of violating sanctions against Iran.

Pundits are now worried the Meng arrest will upend the holiday trade war truce, even though no one knows if Trump was involved in the arrest decision.

If you’re wondering just how big a deal this development has become, check out this reporting from Bloomberg:

It’s hard to overstate the significance of her arrest in Beijing: Meng is the daughter of the founder of Huawei, a national champion at the forefront of Xi’s efforts for China to be self-sufficient in strategic technologies. While the U.S. routinely asks allies to extradite drug lords, arms dealers and other criminals, arresting a major Chinese executive like this is rare — if not unprecedented.

As the damage comes into focus early this morning, we can expect the major averages to open precariously close to their November lows.

In a series of tweets, Trump played up his diplomatic chops regarding his reported “90-day trade truce” to continue negotiating tariffs on $200 billion in Chinese goods.

What started as a gap-fill turned into a full-on meltdown Tuesday. The Dow sank 800 points, while the Nasdaq Composite crashed almost 4%. The rout gave back all of Monday’s rally and then some, eating into the market’s post-Thanksgiving bounce and scuttling any chances of an early Santa Claus rally.

In just two trading days, the major averages are back on the brink of a significant breakdown.

Investors have quickly exposed the trade truce as a “sell the news” event. In the blink of an eye, the S&P 500 has devoured its recent gains and is coming perilously close to knocking on the door of its correction lows. 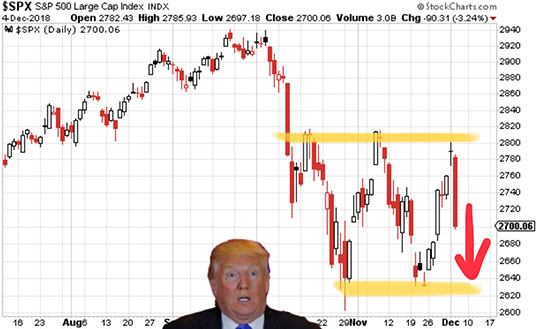 The post-Thanksgiving comeback gave the bulls an opportunity to attack resistance just above 2,800. When the move failed, it was lights out for the S&P. The Thanksgiving lows will now act as the line in the sand for U.S. stocks.

Finally, some of our comeback trades are suffering this week.

After posting modest comebacks leading up to the Tuesday meltdown, many of the speculative snapback moves we’ve been watching are quickly unraveling.

Most notably, investors hammered the VanEck Vectors Semiconductor ETF (NYSE: SMH), crashing shares almost 5% by Tuesday’s close. While we don’t have any semiconductor plays in the trading portfolio right now, I was watching this group as SMH broke above its November highs early this week. This rally appears cooked following Tuesday’s breakdown, and the poor semis are back in market purgatory. 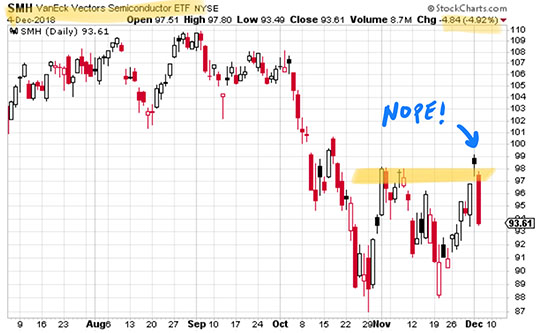 We’ll see later today if homebuilders, solar, and some of our other comebacks can stay afloat as the averages slip lower. We’ll revisit some of these trades tomorrow when the dust clears…

There are a few ideas I’m working on as the revenue starts to flow in Massachusetts.

One of those looks to directly tap the flood of expected cash to spill into marijuana producers and sellers already with footholds in the state. I’m talking about Green Thumb Industries Inc. (OTCBB: GTBIF). 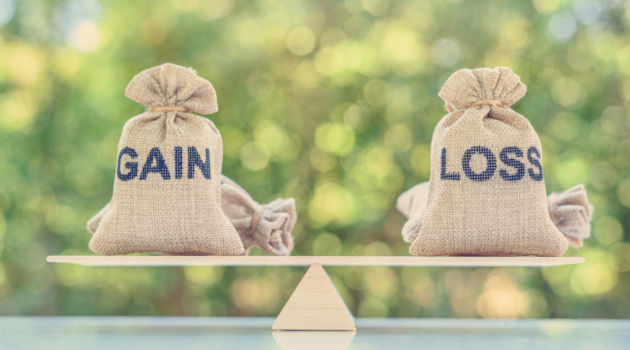 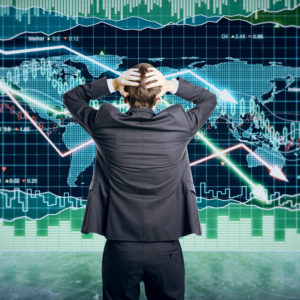 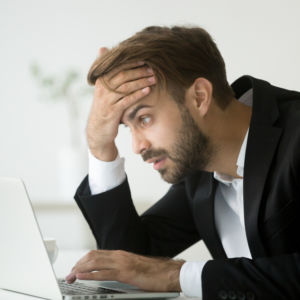 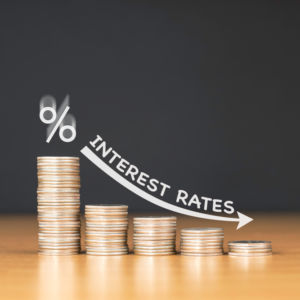 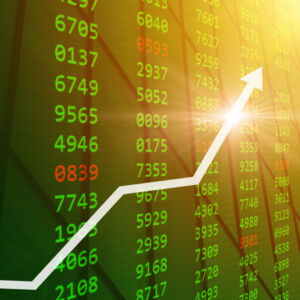 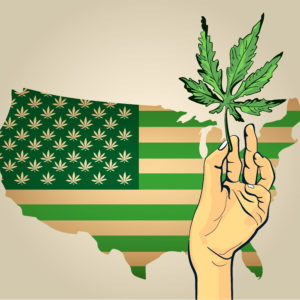