Tech stocks stormed ahead on Tuesday, launching the Nasdaq higher by more than 1.7%, with some familiar names leading the charge.

The formidable FAANGs rose from the dead. Google and Amazon both gained more than 3% on the day. Even Facebook and Apple joined the party, jumping 2.5% and 2%, respectively.

The strong performance of these household-name tech stocks boosted the Nasdaq Composite above its 50-day moving average for the first time since the very beginning of December. This is a major test for the Nasdaq — one it failed last month just before plummeting to new correction lows. 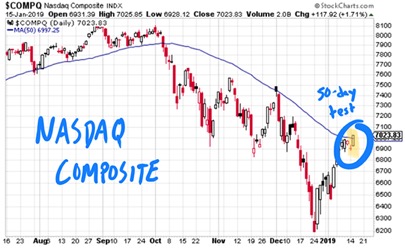 I’ll be watching closely to see how the Nasdaq reacts to these levels over the next couple of days. But for now, let’s turn to one of yesterday’s best-performing names that helped tech stocks propel the market higher…

The company will raise the price of its most popular plan from $11 to $13 per month — a move that prompted more than a few miffed subscribers to vent their frustrations online.

Wall Street loves the plan, bidding the resurgent stock up by more than 6%.

But the move didn’t stick.

A tumbling market knocked Netflix from its highs. Earnings didn’t matter anymore once a high-correlation thrust lower turned Netflix and its FAANG cousins into a volatile mess. After the dust cleared, Netflix shares had fallen to six-month lows. By the end of December, the stock was down nearly 40% from its big earnings beat.

The Bulls are Back in Charge

Thanks to the Christmas comeback, the bulls are back in charge. As of Tuesday, Netflix has risen a staggering 50% off its December lows. 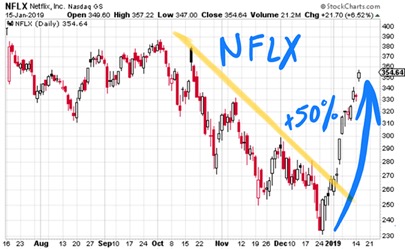 Industry wonks say Netflix is flexing its pricing power muscles right now. The company believes it can retain its customer base despite rising prices thanks to its popular exclusive content.

They’re probably right — and Wall Street analysts are already rushing to raise their outlooks (Goldman Sachs and Raymond James lowered price targets before Netflix’s October beat). In the meantime, Netflix shares are quickly approaching their October highs. I haven’t watched Bird Box yet, but I know a winner when I see one…

As Netflix and the FAANGs rise from the ashes, the stock market is quickly turning in the bulls’ favor…

Greg is a master chart analyst, and while I have him here with us today I wanted to get his take on the latest Penny Pot Index chart (see below): 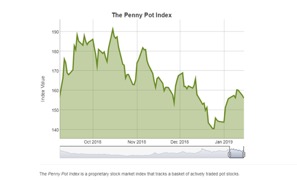 This is what he has to say:

“Pot stocks have entered a snapback phase this January. But now momentum is slowing as we’re approaching resistance levels. Whether these stocks attack resistance and shoot higher or turn south is anyone’s guess. We’ll need to see the bulls step up and squeeze these stocks here if we want the rally to continue.” 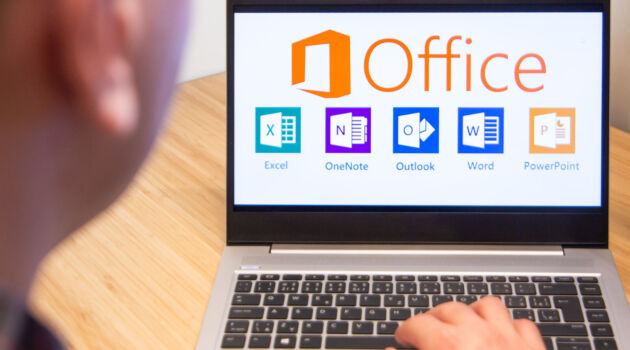 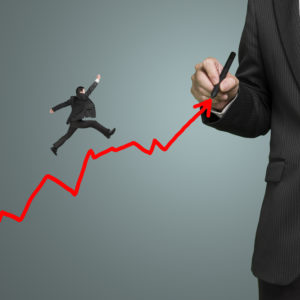 Forget the Fed! These Stocks Are Jumping No Matter What…

Over the past three months, the iShares Dow Jones U.S. Home Construction ETF (NYSE:ITB) is up nearly 5%. Sure, the homebuilder ETF dipped during the market’s August selloff. But it’s shaken off this hit like a champ and is going on the offensive again. Now it’s back up near its highs. 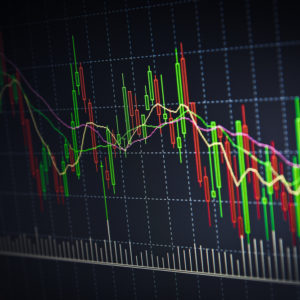 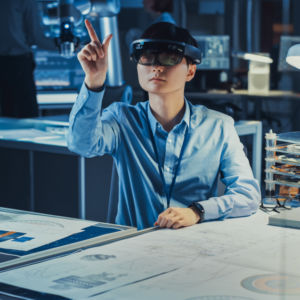 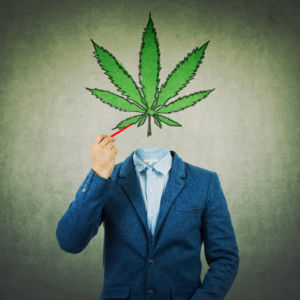 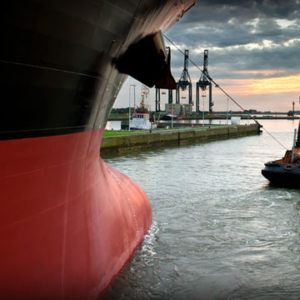