President Trump is pinning his reelection hopes on a sustained stock market rally.

As stocks pulled back last week, Trump was working behind the scenes to accelerate his trade deal with China to help juice the markets, CNBC reported.

Will Trump get what he wants?

Or will his hopes for a second term fizzle as the market defies his attempts to bump the averages back to new all-time highs?

Either way, I doubt the White House’s Chief Market Watcher is happy with last week’s action. The Nasdaq Composite led the averages last Thursday with a drop of more than 1%.

It was the Nasdaq’s fourth-straight day finishing in the red — and the first time the tech-heavy index has closed below its 200-day moving average since crossing above the line in February. 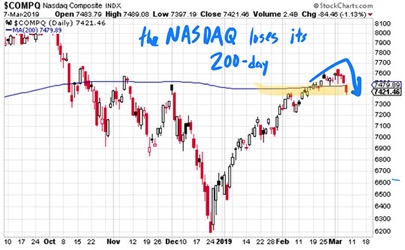 The Nasdaq wasn’t the only loser last week either.

And as of last Friday morning the Dow and S&P were down roughly 2%, while the Nasdaq Composite had lost 2.3%.

Of course, it’s important we view last week’s losses in context with 2019’s broad-market snapback. Stocks have marched higher largely uninterrupted since late December. The major averages have enjoyed a historically strong start to the year, each posting double-digit gains before the end of February. I can’t imagine a scenario where the market could sustain this upward trajectory.

As we discussed yesterday, this is perfectly normal market action. You must remain patient.

Unless you’re holding shares of this auto manufacturer…

The Tesla Inc. (NASDAQ: TSLA) CEO can’t seem to stay out of trouble these days.

This time, the Pentagon is reportedly reviewing Elon Musk’s security clearance because — get this — he took a puff from a joint on Joe Rogan’s podcast last year. 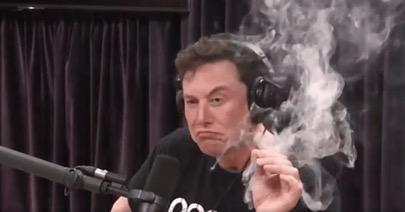 Sure, many of his scandals are self-inflicted. But it feels like Uncle Sam is kicking the guy while he’s down.

Also, I’m not sure how smoking a joint in a state where marijuana is legal makes Musk a security risk. If they’re looking for strange behavior, maybe they should just check his Twitter posts.

While Elon’s security clearance doesn’t worry me, this Tesla chart certainly does: 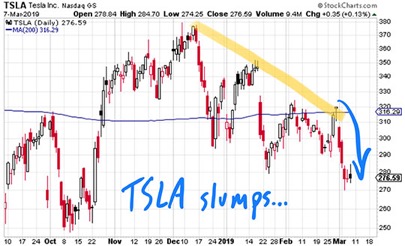 Tesla shares plummeted to new 2019 lows last week. And by last Thursday’s close, the stock was only $25 above its October lows.

While you’re waiting for the next episode of the Tesla saga to unfold, you can always take a quick trip across the Pacific for more electric car drama…

There’s no shortage of crazy action this week when it comes to Nio Inc. (NYSE: NIO), widely considered the Tesla of China.

Taking a page out of Elon Musk’s playbook, Nio cut its delivery guidance this week and nixed plans to build a new factory in Shanghai, Business Insider reports.

As you can probably guess, the news didn’t sit well with investors. Shares crashed 20% following the announcement, and another 11% on Thursday for good measure. 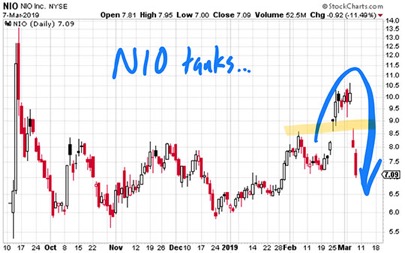 Nio’s pre-earnings rally above $10 to new highs has completely evaporated. The recent IPO is now on track to tag the bottom of its range near $6.

Maybe that Tesla chart doesn’t look so terrible after all… 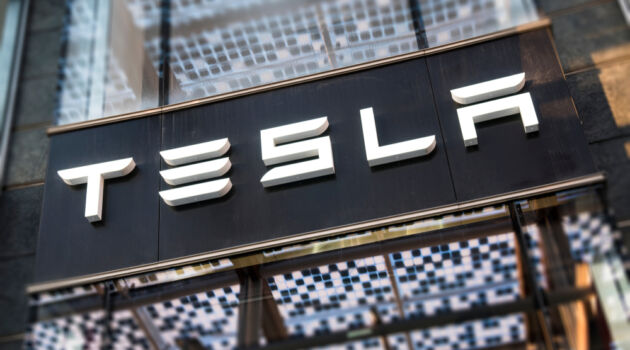 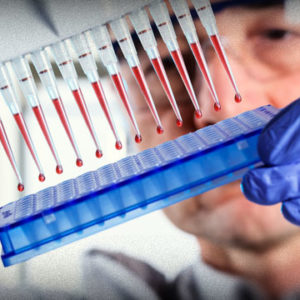 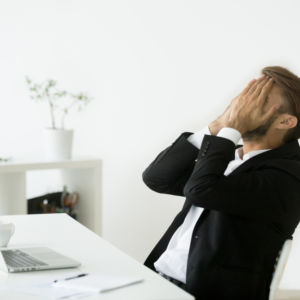 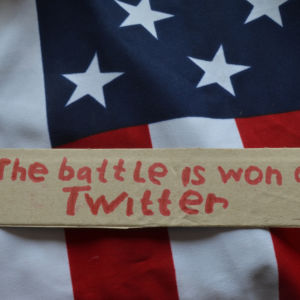 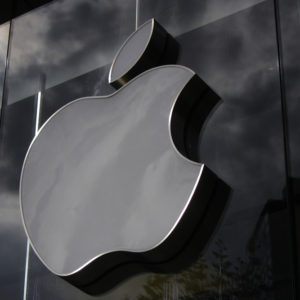 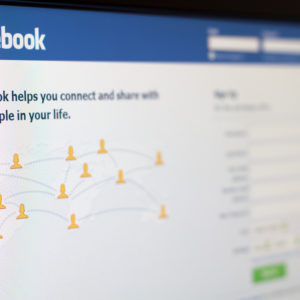 Another beaten-down sector is flashing a buy signal. That gives you the chance to jump on another explosive snapback trade that could deliver speedy double-digit gains to your trading account. Today, Greg Guenthner shares this comeback play…