Uber, the highly touted rideshare company, announced it will roll out its IPO plan in the next day or so. Wall Street bigwigs and retail investors alike are salivating at the chance to own a stake in this mega-unicorn.

But as a tech market expert with over a decade of success on Wall Street, I have to ask why.

Uber’s IPO is all smoke and mirrors to me, and this is why.

Contrary to popular opinion, Uber is not a car service. Uber’s not a product. It’s an app, a technology — nothing more, nothing less. 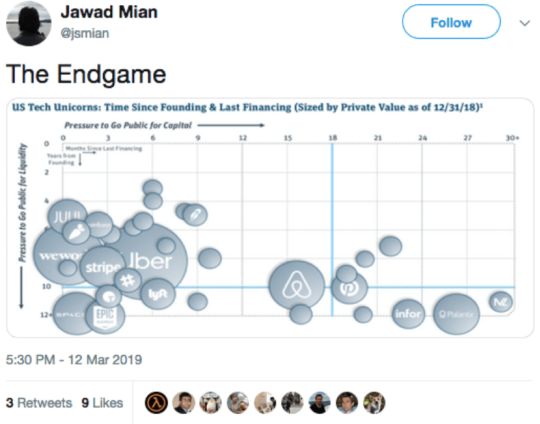 Uber’s a huge bubble — valued roughly at $120 billion, according to the latest reports — mega-unicorn status, right?

The chart shows, as of last December, there’s been intense pressure on the company to IPO in the next three–eight months for a surge of capital.

“Prospective investors are hungry for the minutiae, and they’re now armed with ride-hailing rival Lyft Inc.’s March listing as a reference point for picking apart Uber’s business and value.”

Speaking of Lyft’s IPO as a Test Case for Uber…

Early investors in the Lyft Inc. (NASDAQ: LYFT) IPO might be having a case of buyer’s remorse as prices began to return to reality on Monday, CNBC notes.

The ridesharing IPO seemed to capture investors’ imaginations when it debuted on the Nasdaq. The stock opened 23% above estimates and maintained lofty levels heading into the weekend.

But by the following week, the cosmic order of the universe shifted back into equilibrium. The joy of the initial offering wore off and Lyft shares cratered nearly 12% as we rolled into April. 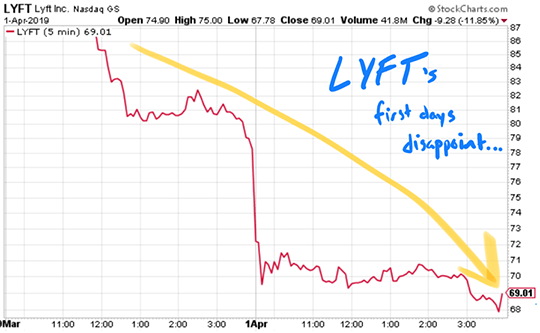 Pesky fundamentals (or lack thereof) are taking center stage. Lyft’s shrinking share price is a stark reminder that the company is hemorrhaging money.

Uber, as we showed above, is also hemorrhaging cash.

Bloomberg is already calling the Lyft flameout “an ominous sign for the stampede of unicorn companies planning to follow the ride-hailing business to the stock markets this year.”

I’m predicting a similar fate for Uber and its IPO buyers.

When Uber goes public and the books do open up, the fizz will be off the bubbly before the toasts are finished.

And this could mean a drag on the tech sector specifically and on the market generally. 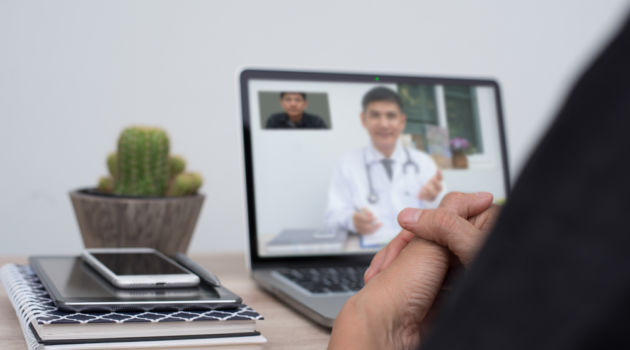 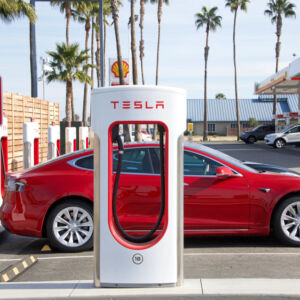 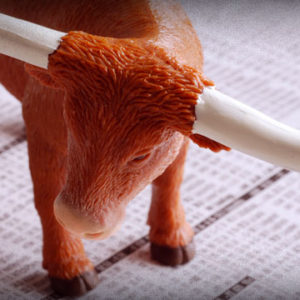 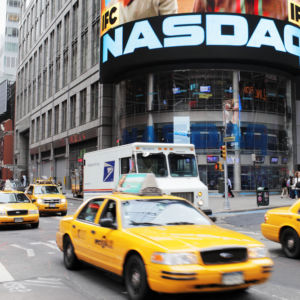 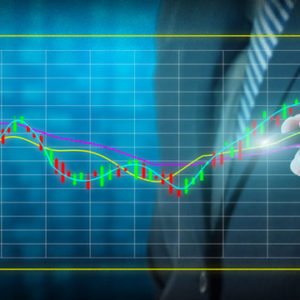 This “Reset Trade” Can Net You Quick Double-Digit Gains

Wall Street whips retail investors into a frenzy, then cashes in. That's one of the most important things you need to remember as an investor: IPOs don't come around to make you money.They come around to make the company, underwriters, and early-bird institutional investors with deep pockets money. Never forget that. 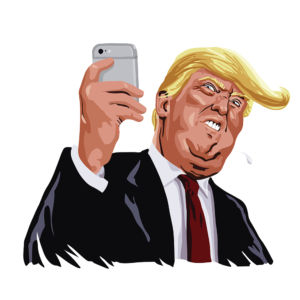 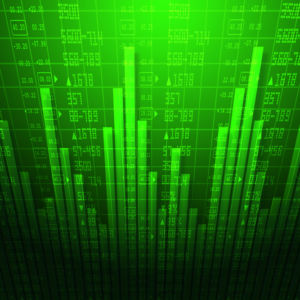 Most financial talking heads are throwing darts. Today I show you how the rest of 2018 will actually play out for stocks. Get excited, big money is coming and these are the sectors you want a stake in.