It’s no secret that the performance of the FAANGs — Facebook, Amazon, Apple, Netflix, and Google (Alphabet) — has been hit or miss this year.

Many of these hot momentum stocks started to go their separate ways in 2018. Breadth for this group peaked early last summer and has since failed to keep pace with the S&P 500. Even as recently as February, the FAANG basket trailed the S&P 500 as stocks stormed off their correction lows.

But all this is beginning to change as earnings season hits its stride. Amazon and Apple already posted breakout moves last month, igniting quick rallies to catch up to their stronger FANNG peers.

Now a couple of key earnings reports could help these household names retake their leadership roles.

We all know how dominant Amazon.com (NASDAQ:AMZN) has become in the online retail space. Jeff Bezos & Co. have turned the entire retail industry on its head and rendered more than a few brick and mortar department stores obsolete. But seeing the numbers in black and white can still take your breath away.

Amazon doubled its profits during the first quarter, the company revealed Thursday afternoon. It reported earnings of $7.09 per share, Barron’s notes, “obliterating” analyst expectations for $4.71 per share while posting top-line growth of 17%.

While some analysts worry that Amazon’s growth has slowed, management’s guidance is in line with expectations and the stock has posted a meaningful recovery over the past six weeks. Share are now up more than 26% year-to-date. 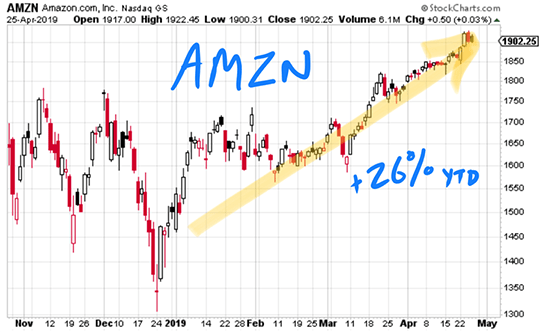 Still, the king of e-commerce could soon face some stiff competition from one of its FAANG brethren.

Here’s an important story that’s not getting enough play this week: Google just beat Amazon to a major milestone in the drone delivery game.

I would have assumed Amazon was going to be the first big company to debut delivery drones. But Google surprised everyone — even though the company doesn’t even make any products to deliver.

While Wing plans on beta testing deliveries in the US later this year in Virginia, Google’s drone department has already started to run flights in parts of Australia and Finland. Those two countries are prime candidates for testing as they have relatively low population density. Current FAA certifications at this level do not allow drones to fly over heavily populated or urban areas.

Despite the drone news, Google is lagging the FAANGs with a year-to-date gain of just 21%. 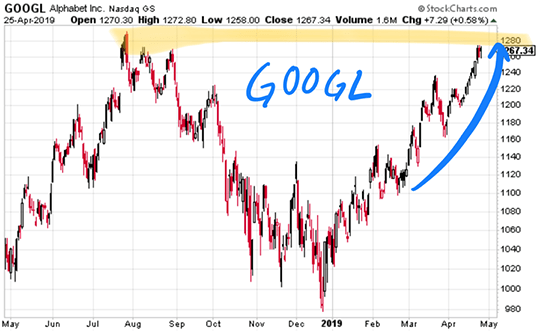 But the company is set to report earnings next week. A big beat could help push the stock to new all-time highs.

It’s becoming clear that privacy concerns aren’t going to hold this stock back anymore. Despite a steady stream of negative headlines and the announcement of a $3 billion FTC fine during the first quarter, the Facebook juggernaut continues to recover from last year’s correction. 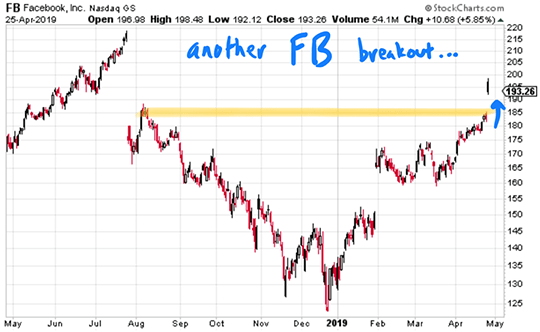 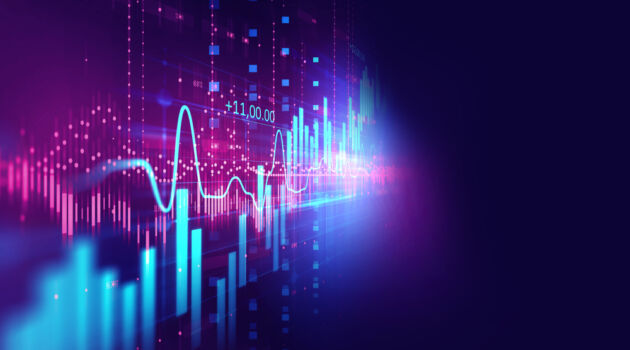 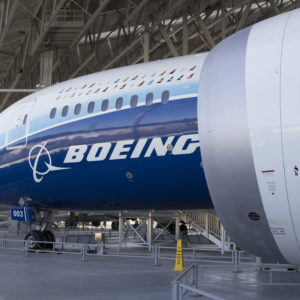 Today’s Rundown looks at Boeing. They’re are prime example of a company that’s doing things right. Given a few growth catalysts we expect this year, Boeing could make shareholders quite happy in 2018. 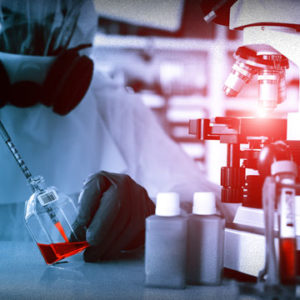 So don't file those horns down just yet, biotech bulls. That bounce you're seeing right now could quickly propel this sector to new highs in a matter of days. Traders are already pouncing on some of the faster-moving biotech names. 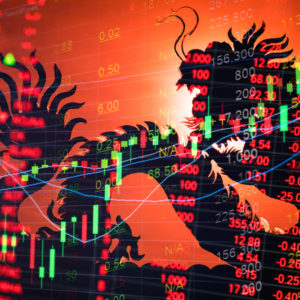 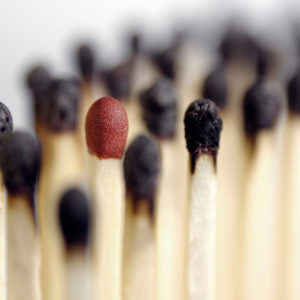 Watch Out for One Quiet Correction Signal

With the markets hovering around all-time highs, it's important to be on the lookout for any indication that a correction is just around the corner. Today, Greg Guenthner details one such indicator, and explains just how important it is to taking profits in the current market. Read on... 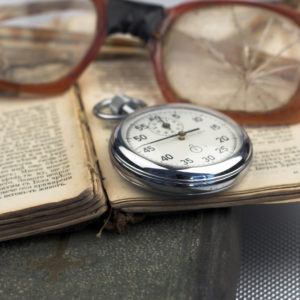 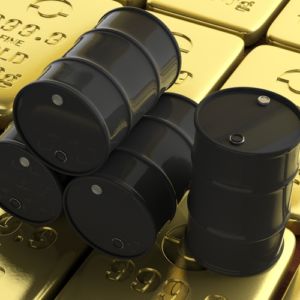