Isaac Newton is one of the best-known mathematicians in history.

Many of his creations and discoveries — like calculus — are the foundations of current cutting-edge research.

But he was a lousy investor.

And he ended up losing much of his fortune in one of the most notorious market bubbles of all time.

Back in the early 1700s, the South Sea Co. had a monopoly on trade with the Spanish colonies in South America, a concession they’d earned by basically assuming the British government’s debt from the War of the Spanish Succession. To raise money, they turned to the stock market, where they issued stock to investors eager to share in the riches from the South Seas.

The only problem was that the riches weren’t quite as vast as the South Sea Co.’s marketing made it seem.

Shares exploded higher in the winter of 1720 only to collapse by that fall.

And Isaac Newton got caught in the sell-off after finally deciding to take a big position near the top. While he’d taken some tidy profits that spring on an earlier position, the money being made by Newton’s friends and family was too hard to watch.

By the time he got back in, it was too late.

This chart of Newton’s poor trade timing has become a storied piece of investing lore: 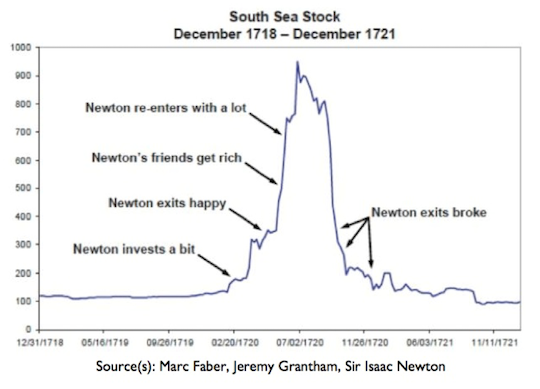 And modern investing publications frequently use it to show the dangers of bubbles.

The problem is that Newton’s South Sea chart isn’t a cautionary tale for the reasons that most people think. In fact, it shows a big missed opportunity on a huge trend.

Newton’s mistake wasn’t that he bought when he did. His mistake was that he invested using emotion and he failed to use a stop loss.

Contrary to the popular story, Newton really didn’t buy at the top.

The South Sea Co. continued to rally for months after his “ill-timed” buy. And it could have actually been a profitable investment had he followed the price action and sold when South Sea rolled over.

Let’s imagine for a second that Isaac Newton was actually a rudimentary trend-follower.

Here’s the chart they don’t show you — what the South Sea Co.’s stock price chart looks like with a very simple trend indicator, the 50-day moving average, overlaid on top of it: 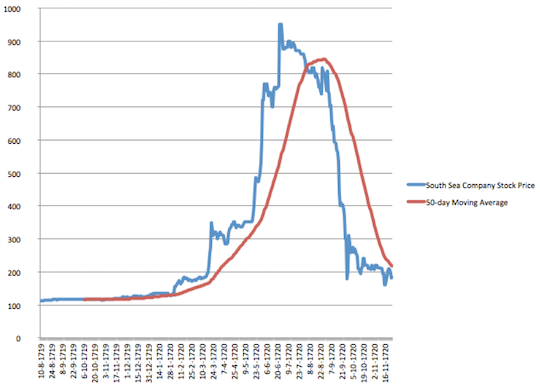 If he’d sold his South Sea Co. stock when the share price violated its moving average, Newton could have walked away incredibly wealthy from one of the most famous boom-and-bust bubbles in history.

(Note that he still wouldn’t have gotten out at the top. Picking market tops and bottoms is almost impossible in real life — and it’s not necessary to make money in a trend.)

What Newton did wasn’t uncommon. It’s human nature to buy high and sell low — we’re practically programmed to do it.

Even one of the most brilliant analytical minds in history succumbed to the lure of Mr. Market.

That’s especially relevant today as the stock market soars to new all-time highs led by none other than tech stocks, and commentators can’t help but use the word “bubble.”

With good risk management in place, even crazy price action can work out in your favor. This especially applies to the legal cannabis, tech and biotech sectors.

Right now, all of the trend indicators that I watch continue to signal that this market remains in “buy mode.” 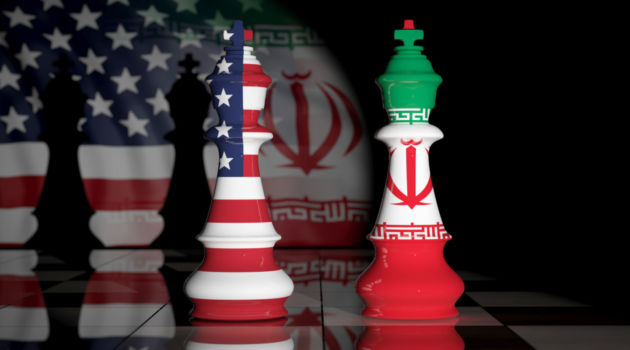 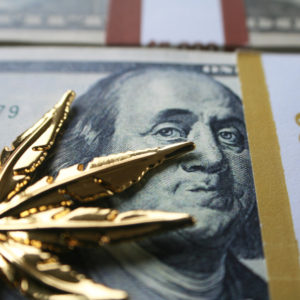 Ray Blanco’s Pot Report: Your Guide to a Big Pay-Off

Most marijuana businesses still have their best days ahead of them. Buy the right companies now, before the really big money starts rolling in, and you could make major profits. Ray Blanco explains how. 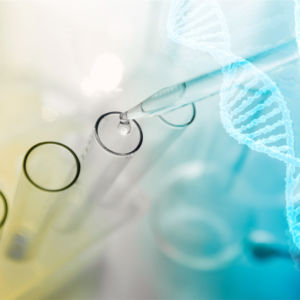 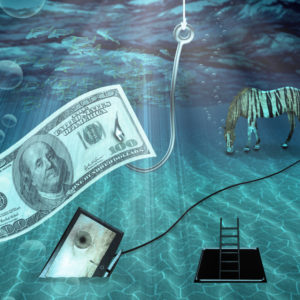 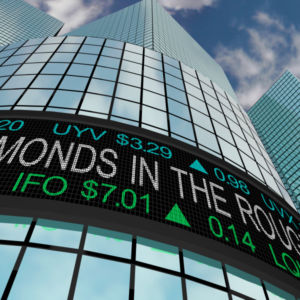 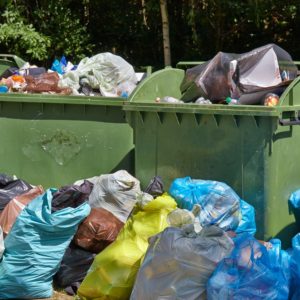 If You Own Any of These Stocks, Dump Them Immediately

Stocks enjoyed their best October in four years as the major averages jetted higher by double-digits. If someone told you that the market would be back near its summer highs near the end of September, you would have written them off as drunk, crazy… or both. Yet here we are. 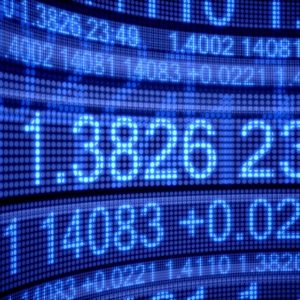