Stocks SOARED yesterday (go figure) after the massive beating they took on Monday. Futures all over the place in the morning suggested that the volatility would continue. Stocks opened up – sold off going negative only to rally again as word of a massive stimulus program was about to be announced by the White House. When the President addressed the nation again. CNBC headlines caught it all:

It was January 20th – the world began to learn about some new virus that was sweeping across China. Headlines telling the story:

On January 20th – Chinese officials reported 136 new cases bringing the total cases to 221 – with 217 of those in China and 4 outside of China. The surge in new infections was alarming; the extent of transmission unknown and unclear. The epicenter – was a live animal market in Wuhan province. But soon cases were seen in Beijing and then Shenzhen in the Guandong province – suddenly cases outside of China appeared in Thailand, Japan and South Korea.

Seungtaek Kim, a virologist at the Institut Pasteur Korea in Seongnam, South Korea made this prophetic statement:

“This could be the beginning of a disaster.”

Truer words have never been spoken. Between January 20th and today – the virus – known as COVID19 – swept through China – infecting nearly 87k people. Quite remarkable really – considering there are over a billion people in that country. But they reacted fast – as the outbreak occurred during the Chinese new year – when the country essentially shuts down anyway. This outbreak forced the gov’t to basically impose the Chinese version of Martial Law.

[Martial law is the imposition of direct military control of normal civilian functions by a government, especially in response to a temporary emergency such as invasion or major disaster, or in an occupied territory. Wikipedia]

But that was not enough to stop the transmission across that entire region – as Chinese nationals travelled to other parts of the region before they realized they were infected. Because you see – the virus had actually begun to infect people in December. China though decided to keep it under wraps – telling no one until that was no longer a possibility. So for about one month prior to January 20th – flights to and from China carrying infected Chinese nationals to other parts of the world helped to spread the virus across the globe. What then became clear was that the jump in new cases, and the outbreak’s geographic spread, suggested that the virus was spreading more quickly than was currently being reported by Chinese authorities. In fact, what we were to find out was that the Chinese Dr. who reported the outbreak was put under house arrest (most likely beaten and tortured) before becoming infected himself and then dying.

Soon cases surged throughout Asia and then began to appear on cruise ships – seemingly everywhere!  Pictures of floating “virus boats” appeared daily – just in different parts of the Pacific. Countries were preventing them from docking, forcing them to remain at sea. Horror stories of people holed up in cabins for 14 days drove the media into a frenzy and caught the market off guard. The thinking was – this couldn’t happen in America. But yes – analysts began to re-calculate estimates for global GDP, country independent GDPs, and earnings estimates for businesses that were affected. At this point it was tech, casinos (in Macau), and the cruise ship industry – the rest of the sectors seemingly dodging the bullet.

That was until it reared its ugly head in Europe, planting itself in my mother country – Italy! What started out as a few cases on Monday – surged to thousands only days later forcing Italy to impose a country-wide “lockdown.” Now it was becoming even more real for the rest of the world. Soon cases began to appear in France, Spain, Germany, the Netherlands, Austria, Switzerland. (You get it, right?)  France and Spain were the next countries to go into lockdown mode. And then – as expected – the cases began to appear in the US – first on the coasts and then in the heartland. Before you knew it – nearly every state in the union had been exposed. Speculation about the extent of the virus spread took on new meaning and speculation about what it now meant to the US and the global economy took on new meaning as well. As of this morning – there are now 184k global infections and 7500 deaths.

Suddenly global markets which were all making new highs as late as February 20th began to come under pressure. By early March – the Dow, S&P, Nasdaq, Russell, Transports and any other index you want to toss in – were showing losses exceeding 30%, taking the Dow back to levels not seen since February 2017.

Which took us to Sunday – March 15. The administration completely at a loss to calm the markets – pushed the FED to announce an emergency rate cut and QE style $700 billion support package only to find that the market decided that is NOT what it really needs. It wanted more and Monday’s plunge sealed that deal. Lights were on all night at 1600 Pennsylvania Ave as Stevey (Mnuchin) and the team tried to come up with a blockbuster plan that would stun the markets and jolt investors into reality. And so they did (or at least they thought) – with the $1 TRILLION stimulus package. As the team took to the podium yesterday the markets were trying to focus on the positives….and rallied hard as details emerged. $1k checks to everyone 18-years or older, delayed IRS tax payments for both individuals and companies, guaranteed loans to the airline industry, more to follow. Then the bell rang bringing another day to a close.

Trading moved to Asia but the rally failed to follow. Asian markets, focused on the increasing number of cases and the expected surge in US cases over the next three weeks, came under pressure. Australian markets taking the biggest hit – losing 6.4% while Japan showed losses of 1.6%, Hong Kong lost 4.1% and China gave back 1.98%.

As the sun rose over Europe – the tone only got worse. Market centers across the continent all under pressure. The UK, bracing for an assault, announced a $400 billion aid package and stole the words of Mario Draghi – promising to “do whatever it takes” to protect their country.

US futures are limit DOWN, as the volatility continues to hammer global investors. Indications suggest that the Dow would open down 1100 pts, the S&P – 120 pts, Nasdaq – 350 pts. Treasuries coming under pressure sending yields up while Gold is down $25 trading at $1500/oz. Oil, the other story, continues to get hammered as the virus destroys demand (for now). The Saudis flood the market with oil in an attempt to force Russia into compliance while they just teach the US a lesson! It is now trading at $26/barrel – levels not seen since 2016!

So why you ask? Why are the traditional safety trades (treasuries and gold) under pressure versus being sought after? Simple – investors have decided that CASH IS KING and so everything gets sold. Treasury Secretary Mnuchin warning lawmakers that we could see unemployment reach 20% (32 million Americans) if they do nothing. Countries around the world all closing their borders in an attempt to stop the spread. Healthcare systems are being strained beyond comprehension and the sense is that stability will NOT return to the global markets until there is some clarity on a slowdown of infections and light at the end of the tunnel.  And right now – that is not happening. The UK is expected to be the next epi-center as it moves across Europe with the US right behind them. the surge in US is to begin next week and potentially last for two or three weeks beyond that taking us into April. Everything is closing across the country and NYC and others potentially “locking down” as we attempt to halt the spread.

Again what we saw yesterday was a reaction by the algos, mathematical models that make up the majority of trading today. These models rely on a series of inputs, technical indicators, support and resistance lines and the markets own volatility so when things get stressed the algos go into overdrive only accentuating the move (either up or down). Yesterday we saw that they accentuated the UPSIDE, this morning apparently they are reconsidering and accentuating the DOWNSIDE all as they attempt to find logic in the formulas.

Now also understand that the move lower has been dramatic and broken every technical indicator out there. Macro-economic data means nothing, as the world is caught up in the virus. Which is why as a long term investor you stick to the plan. Stay focused and eliminate the noise. Call me to discuss. 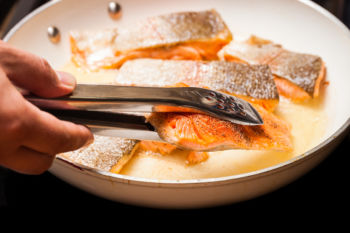 Arctic Char is a cousin of the salmon. It takes well to almost any cooking method and is almost impossible to overcook – since its fatty makeup is very forgiving. This is a one pan dish that goes straight to the plate.

Boil the sliced potatoes for 5 mins. then drain and set aside – let cool.

Season the Char with s&p. Set aside.

In a sauté pan – heat some olive oil – place the seasoned char skin side down in the pan – careful not to crowd. Cook for 3 or 4 mins. Flip and cook for 3 more mins… remove and place on plate.

Add a touch more oil and heat. Add the potatoes and rosemary… cook for about 4 or 5 mins… turning occasionally. Add the olives, parsley and balsamic (about 1 tbsp.), and s&p – heat gently. Place the potatoes and olive mix on the plate with the seared Arctic Char. Serve immediately with lemon wedges. Remember – it’s all in the presentation. 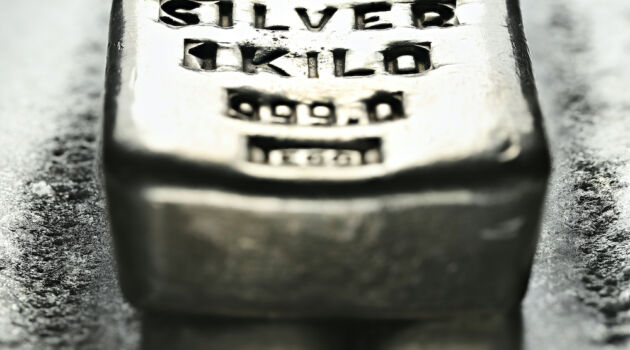 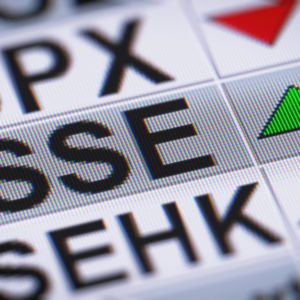 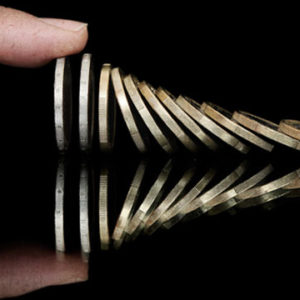 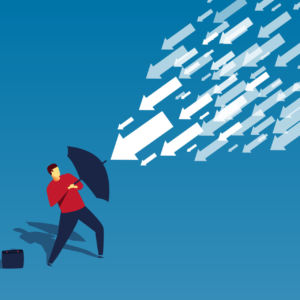 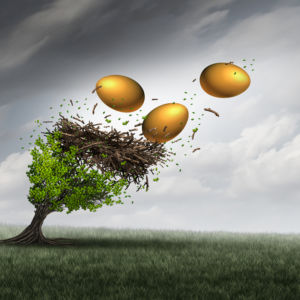 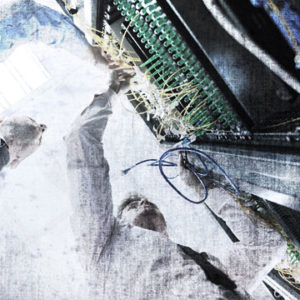