The Moderna (MRNA) news that drove the markets to near delirium on Monday, wasn’t as big a hit on Tuesday. As you might expect – there are the haters out there that weren’t happy with the idea that maybe, just maybe – someone was making progress on a vaccine (and it wasn’t them) – so when all of the excitement hit the tape on Monday sending stocks soaring – they changed the direction and the tone of the conversation on Tuesday… The headline says it all….

Essentially – the bottom line is that a story in the medical news site  ‘STATnews.com’ raised suspicion asking the damning question:  “But was there good reason for all of the enthusiasm?” going on to say that – several vaccine experts (not identified) concluded that based on the information made available by Moderna – there’s really NO way to know how impressive  – or not- the vaccine may be. And there you have it…..the article did go onto say that

“While Moderna blitzed the media, it revealed very little information – and most of what it did disclose were words, not data.  That’s important:  If you ask scientists to read a journal article, they will scour the data tables, not the corporate statements.  With science, numbers speak louder than words”. (Apparently the numbers and the words don’t match – or that is what they would have you believe…)

Look there is a lot of money riding on this… last month it was Regeneron (REGN) that had a possible vaccine while Sanofi had a new test and recall how the algo’s did the ‘dance’ taking the market higher on ‘hopes’ that they were making a breakthrough – but then the next day the story was squashed and the dance stopped and the market retreated… It’s as if – someone doesn’t want to find a cure for this – we need to identify who ‘they’ are… who stands to win and who stands to lose in the race for a vaccine… remember – follow the money – find out who is on the team and who isn’t… oh, it is a tangled web we weave…

For those of you old enough to remember the Viagara breakthrough (Pfizer) in the fall of 1998… that little blue pill changed the way doctors treated ‘that condition’ causing PFE stock to surge, men’s blood to surge (and the number of female migraines to surge – LOL) – I mean it was enormous, for both men and for Pfizer… leaving Ely Lily (LLY) in the dust… That was until LLY ‘invented’ Cialis… and then we got the ‘bathtub’ advertisements… that projected calm and relaxation… which is complete contrast to the ‘normal reaction’… I for one never really understood that… the last thing I want to do is sit in a bathtub overlooking the ocean – I mean is it me?  (I mean at some point you gotta laugh…)

And then we got the ‘reality tv show’ on Capitol Hill… with senators and congress people asking ridiculous and often times irrelevant questions of Stevey Mnuchin and Jay Powell – putting those two at odds at how to deal with this crisis…Stevey wanting a more wait and see stance while Jay favors throwing more money at the problem NOW and this created confusion and uncertainty – putting more pressure on the algo’s to interpret the words and the language….And since the market had rallied hard on Monday – it makes perfect sense that the confusion caused the algo’s to back off on Tuesday.  By the end of the day – the Dow lost 390 pts or 1.6%, the S&P’s down 30 pts or 1.05%, the Nasdaq lost 50 pts or 0.54% and the Russell gave back 26 pts or 1.9%.

It doesn’t get any more complicated than that at the moment – because investors/traders and algo’s need and want some clarity on what the future looks like post COVID19 – They thought they knew the answer on Monday and then they didn’t on Tuesday….when they took the idea of a vaccine away…

In the US – futures are bucking the trend attempting to ignore the negatives from yesterday… as we see the Dow up 250 pts, the S&P’s adding 29 pts, the Nasdaq plus 91 pts and the Russell adding 19 pts as the confusion continues and the questions remain – Are we making progress on a vaccine, Are we re-opening on a specific schedule, Are we seeing a surge in new infections, Will we see all businesses re-open or have some been lost forever?  Is there another rescue package in the works? Will we see social unrest as spring turns to summer and people are asked to continue to ‘shelter in place’?  All good questions with no answers

Oil which backed off a bit yesterday after its recent surge –  is once again moving up as expectations rise over the coming demand  for oil – resulting in another surge in prices – as demand will quickly outstrip supply once the world wakes up…..This morning – oil is up 0.4% at $32.09/barrel… well above that 50 dma trendline at $25 and decisively above the psychological $30 mark.  Next stop for oil is trendline resistance at $39.15.

The S&P closed at 2922 – after failing to break up and thru 2968 – the highs on Monday….While yesterday was a digestion day, today feels like they want to rally again….maybe not as hard, but it does feel like it they want to rally…. I suspect we will attempt to pierce the recent highs and fail once again as there are too many questions left unanswered….

We are still in between the trendlines… 2720/3000 – and will most likely stay there unless we get even more good news from somewhere… Whether it’s Moderna, Regeneron, Sanofi some other little known Bio-Tech, the FED, infection rates or state re-openings… But until we see what happens next I think 3000 will be a formidable resistance level for stocks.  Stay tuned – 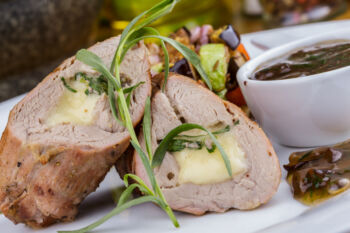 This is a great dish – easy to prepare and absolutely delicious and is cooked just right on the grill….you need to begin by making a jar of these fresh herbs – dry them and then use them on so many things….additionally – it is a great gift to give to someone.  Just buy a nice glass jar (Ball jar)  – fill it with the dried herbs, tie a ribbon around the top and attach a handwritten note:

To:  Our friends.  Enjoy the simplicity of these fine herbs.  Life is better with a great homemade dinner.

The Tuscan herb mix consists of Sage, Rosemary, Garlic and sea salt.  You can add other herbs as you wish – maybe bay leaf, or that fresh basil that you have growing in your garden.  There is no magic, the creation is completely up to you – but here is a good guide…use 6 parts sage, 2 parts rosemary and 12 cloves of garlic.  About 1 tblsp of Salt and some pepper…do not kill it with too much pepper.  Your guests can always add pepper.

Remove the herbs from their branches and pile on the cutting board with sliced garlic and the salt.  Now begin chopping and mixing the herbs…the best knife to use is what we call a “mezzaluna” or half-moon.  It is one of those rounded knives (a half moon) with handknobs on both ends that you rock back and forth – that chops so nicely.  It is a must have in the kitchen.

Chop until the herbs are fine – now transfer to a cookie sheet and allow to dry for a day or two.  Now put them in a jar and seal.

Ok – next – the pork roast… have the butcher slice it open – (tell him you want to stuff and roll it).  Open it up and massage a bit of olive oil – s&p.  Now you can line the pork roast with provolone cheese and then the herbs.  Carefully roll it, and tie it with kitchen string.  Now season it on the outside with s&p and set aside until ready to cook it.

Heat the grill to high and get it really hot… using your BBQ brush – clean the grate….place the pork on the grill and turn the heat to med.  Cover and allow to cook – turning it to grill all around.

While this is grilling – you can prepare some apple sauce or if your prefer try a Fig spread.  In a sauce pan – Add in ½ lb of figs, some chopped rosemary, 1/2 cup of orange juice, 1 tspn of honey, 1/4 cup of water and s&p.  Bring to a boil then simmer for about 20 mins.  Mix should be nice and thick.  Now let it cool – strain – reserving the liquid –  then place in the food processor and blend well until smooth – add back a some of the liquid to keep it smooth and spreadable.   Cover and put in the fridge.

When the pork is cooked – remove from the grill, cover with foil and let rest before slicing.  After 10 mins – slice and serve with the fig spread and the apple sauce.  Allow your guests to choose.  Set the outdoor table with cloth napkins, wine glasses and water goblets.  Serve the pork with roasted Brussel sprouts or sautéed broccolini, a large salad and your favorite red wine.  Remember – its all in the presentation…. 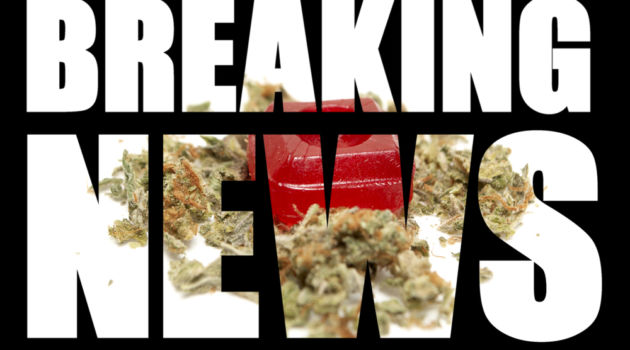 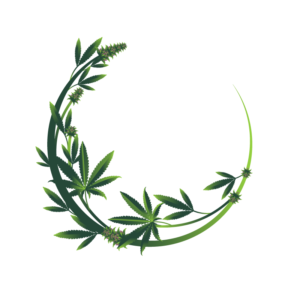 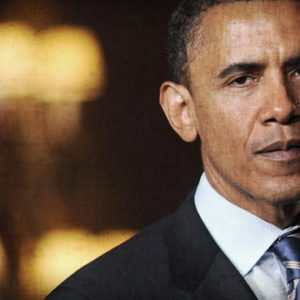 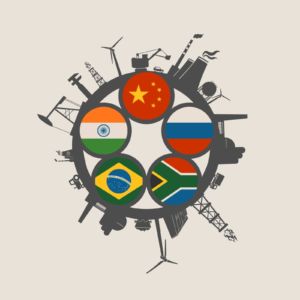 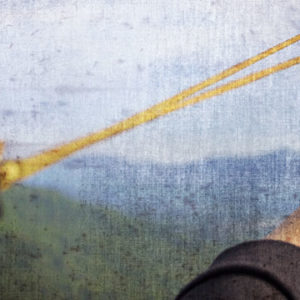 I doubt many people are watching the market today. Sandwiched between Independence Day and the weekend, this trading session will probably grind along much like the other low-volume trading days we’ve seen so far this week…That’s why I wasn’t particularly excited when I saw futures ripping higher early this morning. The broad market remains below its 50-day moving average. And while price remains important, I just can’t put too much weight on this week’s action so far. 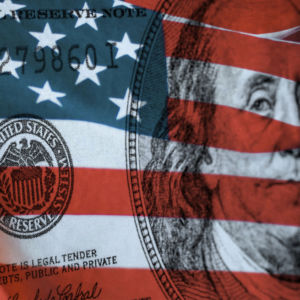 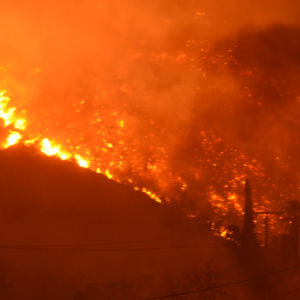