But when it comes to quality in the investment world, one thing that will never go out of style are ways to make money completely on auto pilot.

It couldn’t be simpler.

It all starts with dividends.

Dividends originally gained widespread popularity as a way to generate income for widows to live comfortably after their husbands died.

Before the 1960s, the conventional (but stupid) wisdom was that women were incapable of supporting themselves and income portfolios were referred to as “widow’s portfolio.”

All local, community banks had trust departments with veteran bank officials whose job it was to take the life insurance money from widows and put together a carefully crafted collection of stocks, bonds, and other assets that would generate enough monthly income for her to pay the bills, keep the house, and raise the children.

The goal was not to get rich. The goal was to make sure the family’s income needs were taken care of.

Retirees soon realized that income portfolios based on dividends were an ideal way to enjoy a secure retirement.

Sadly, income investing is considered too boring and too unproductive. The great bull market has people looking for high-risk, high-reward plays in hopes of paying off their mortgage with one big win.

Frankly, the process of building an income-producing portfolio has become a long-lost practice!

In Infinite Income, Mike Burnick will show you how to build a world-class income portfolio that will survive fads — and even bear markets — to grow your wealth exponentially.

Benefits: What You Get With Infinite Income 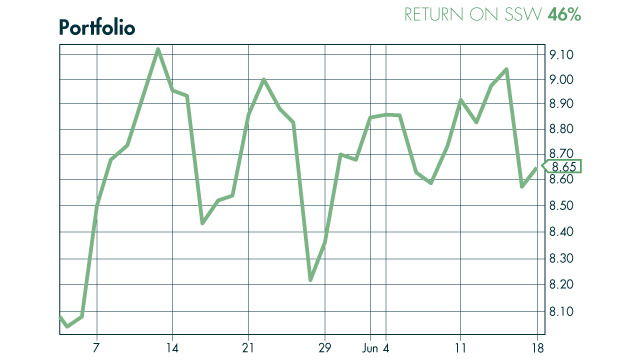 Readers have also subscribed to these publications

Finding you financial freedom is important to us. That’s why we aim to deliver you top notch market research you can put into action to take hold of your own financial stability. Be sure to check out these publications...

Turning up the Volume on Fast Income

Your Blueprint for Million-Dollar Gains From the Smallest Stocks